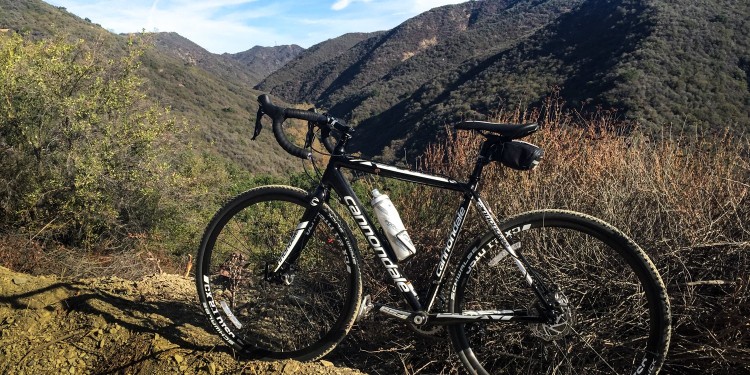 I’m a huge fan of shopping locally, but supporting a local business doesn’t guarantee you’ll be rewarded with great customer service. Instead, you might run into an black hole of service with a company that obviously cares little about its customers. That’s the experience I had with Helen’s Cycles in Santa Monica, where their lack of compassion left a bad taste in my mouth.

I recently purchased a brand new Cannondale CAADX 105 cross bike from Helen’s Cycles in Santa Monica. I wanted an alternative to my Scott CR1 Team so that I could ride on the fire roads that are present throughout the region. An added benefit is that its aluminum frame also has mount points for a rack, so with the wider tires and more upright geometry it makes a great commuter bike.

I decided to support a local business, as opposed to buying it from REI which would have given me a 10% dividend on the purchase. I didn’t even use my Los Angeles County Bicycle Association discount (I’m a big fan of the LACBC, by the way), which entitled me to a 10% off the purchase of a new bike. I’ve shopped at the Venice Helen’s store and really like the guys — they’re great. I’m not a huge customer, but I’ve spent about $600 there on accessories over the last nine months. So it seemed to be the right thing to do.

After having the bike for several days, I was in love with the bike. I took several rides into the hills (one ride is pictured above) and it was a much better ride for my commute. But on the sixth night, my bike was stolen out of the garage along with two others. Insurance will cover some of it, but a high deductible means a vast majority of the price to buy a new bike will not be covered.

Luckily my third bike was in for a tuneup at Helen’s, prepping it for sale since I didn’t need 3 bikes. I dropped by to ask them if they could help me out with a second purchase on the bike. I figured since markup is between 30% – 45% on bikes  (depending on price) they might be able to help me out and since Helen’s is a big dealer, they probably even get their bikes cheaper than the average. On the floor, they were able to easily offer me a 10% discount. I pointed out that I didn’t use my LACBC 10% discount on the first bike….and they still stuck to 10%. I actually had to push them a bit to even ask someone else higher up in the management chain, and they said they’d check with the owner and call me back.

Their sales manager Mike did call me back and even emailed me, saying that he “can take care of you on the new purchase.” Great. I called Mike back and he told me they could offer me a 15% discount. I brought up the fact that I didn’t use my LACBC discount…so effectively if I had used it on both purchases it would have been the equivalent to getting a 20% discount on the second purchase. But no dice. Mike said they don’t like to discount new model bikes so 15% was what they could give me.

Sigh. I fully understand that they can do what they want — and are perfectly in their right to do so. I’m not “entitled” to anything (accept for an LACBC 10% discount if I use it). But the episode simply reflects a lack of customer focus an understanding. A 15% discount on a replacement bike pitched as ‘taking care of me’ is, frankly, bullshit. It’s not taking care of me…it’s taking care of Helen’s Cycles.

Since I’m purchasing my second CAADX bike in a week, taking care of me (at a minimum) would be a 20% discount. And 15% is not that. If two separate LACBC members come to the store to buy a bike, they get 10% off each bike. I buy two bikes and effectively receive a 7.5% discount on each. It’s as though they are teaching me a lesson for not using my discount the first time.

I wasn’t asking for a free bike. I wasn’t asking for it at cost. I understand Helen’s is a business and has to pay employees for their time to build the bike and staff the store. They have rent, insurance, and other bills to pay.  But in my situation, I have already paid full price on the original CAADX with no discount and no haggling. They made their nut on that bike. Even with a significant discount on a second bike, they’ll still make money. But the lack of compassion is stunning to me.

In hindsight, my bad on the original discount — I totally get that and understand that. But I didn’t know who I was dealing with.