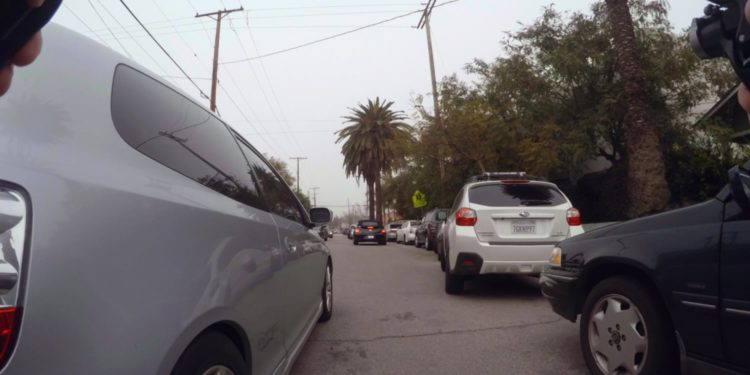 When you ride in LA (or anywhere), you are acutely aware of distracted drivers on their cell phones. That’s an annoyance, but what truly upsets me while riding is when impatient drivers have a reckless disregard for my safety.

This is such a case, riding on 4th Avenue, a narrow street in Venice where cars actually have to pull over to allow cars going the opposite direction to pass. I was riding at a decent pace when a driver caught me off guard with an incredibly close pass — probably the closest pass I’ve ever experienced. I had to brake to avoid a collision — twice.

Apart from the scare, the really annoying part was the driver didn’t really get anywhere much faster than I did. In fact, in the end I passed him when he became caught behind VW bug.

Please drivers. Be aware of those more vulnerable than you on the road.