One thing I really enjoy about traveling is running in a new location. I’ts my third day in Sydney and I got up early to to go out, but it was pouring rain. Luckily around 9 it tapered off as there was a gap in the rain coming off the Pacific. I had plotted out a path on Google Maps after hitting numerous dead ends on Saturday — and was very glad I did.

There is a fantastic network of running/cycling paths between the various suburbs here such as Chatswood, Cammeray, North Sydney, and Lane Cove. It seems as though when they put in the Lane Cove Tunnel several years ago, they planned for these paths along the new highway. While some is along that highway, much is through neighborhoods and park lands.

The most stunning part was Flat Rock Gulley, where the entire drainage for the surrounding suburbs runs. I first ran along the rim and then found a trail which lead down into the gulley to the rushing waters. I was actually quite close to the harbor and hoping to make it, but couldn’t cross the several foot high river torrent. The gulley was a lush rain forest with some amazing bird wildlife and plants. I’ll take my camera the next time.

I walked quite a bit this morning just to take in the sights, so my stats weren’t great. But sometimes it’s not about the numbers, but the sights. 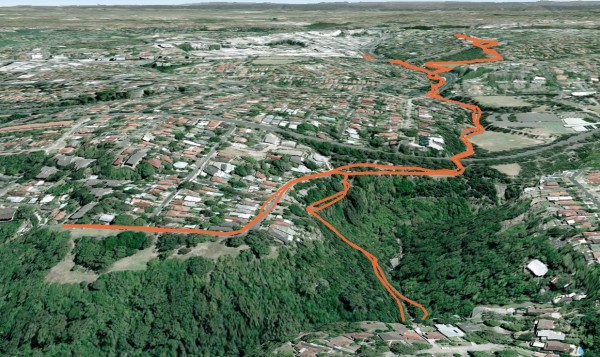