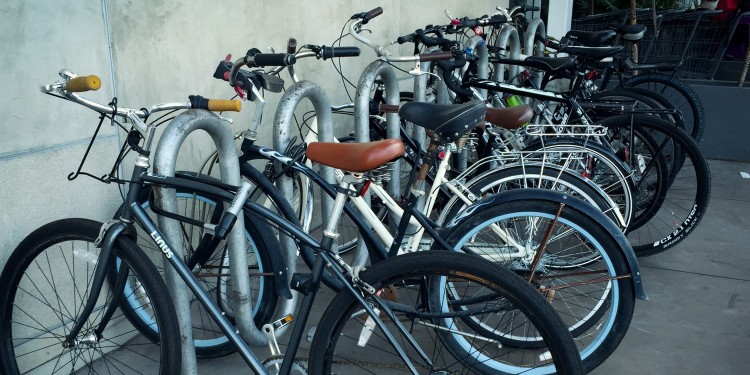 Yeah, I know it’s obvious, but not to all.

A recent KPCC Air Talk episode included a segment on the new LA Mobility Plan, which is an incredibly positive step to make Los Angeles roads more friendly to all users. Guests included Meghan McCarty of KPCC, Executive Director of the LACBC Tamika Butler, and Jay Beeber of Safer Streets LA (an organization which, judging by the organization’s hideous website design, has been around since the Netscape days).

Butler did an excellent job of explaining the benefits of the plan, which aims to increase safety for all road users (drivers, pedestrians, and cyclists). She addressed the common skepticism regarding the plan and pointed out that the goals of the plan are to improve safety, access, and reliability on the streets — as well as create a better inter-connected multi-modal transportation system.

The common focus in the press has been about the addition of bike lanes but the fact is, as Butler pointed out, there’s already a Bike Plan that has been in place for several years. The LA Mobility Plan is about so much more.

But when Jay Beeber was given time, it quickly became clear that he was speaking from a point of ignorance. He brought out the common talking point that no significant number of residents are going to ride their bikes — it’s a “fantasy”. He said people won’t ride to do laundry or drop their kids off at soccer.

The thing is — riding a bike and driving a car don’t need to be mutually exclusive. Even Butler pointed out that she drove from the westside to the interview. Beeber was likely shocked that Butler owned a car.

But after successful bike infrastructure in other cities (especially Europe) the comment that stood out to me as most asinine was this:

That’s simply wrong. If there is an approachable cycling infrastructure, people will willingly ride the short two or three mile distances that make up most auto trips. I see it all the time in Venice, where cycling is relatively safe due to the streets and lower speed limits.

In fact, it was after I listened to the Air Talk ep that I noticed how many bikes were at the Whole Foods on Lincoln Boulevard in Venice. I couldn’t find a place to lock up my bike. There were about 30 bikes parked at the store, which is roughly equivalent to the number of cars in an entire row of parking in the lot. That’s a significant number and it’s that way because Venice is a decent place to bike.

This doesn’t mean everyone is going to bike. Some people don’t have bikes. Some are out of shape. Some are concerned about safety. Some have hour long commutes. That’s fine. But there are a significant number of people who would gladly take up cycling to run simple errands or even, like me, do a relatively short commute safely. I saw it in Chicago where the weather isn’t anywhere as nice as it is in LA. With all the sun, the streets should be filled with bikes.

And on top of it, don’t forget. The mobility plan isn’t about bikes. It’s about everyone.