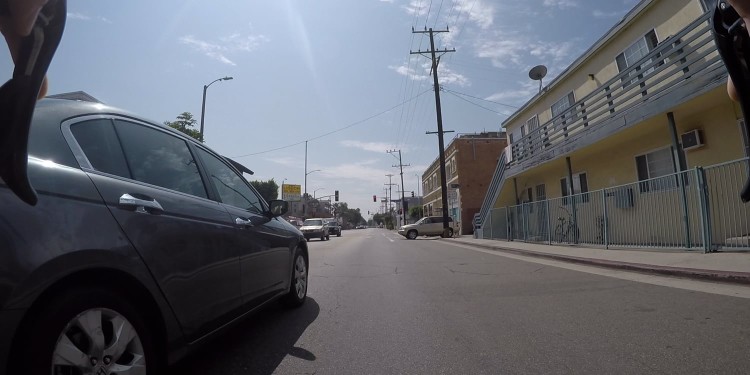 For many reasons, living in Venice is a wonderful thing. Of course you have the great weather and the beach, but it is potentially among the most bikeable and walkable communities in Los Angeles.  I say potentially, because it most certainly can be better. Working towards that goal was a big reason I joined the Venice Neighborhood Committee after listening to a presentation by Michelle Mowery, who is the Senior Project Coordinator for Bicycle Outreach and Planning in the City of Los Angeles.

There were the usual criticisms of cyclists (blowing stop signs in high traffic areas, riding the wrong way, etc) — criticisms which are, frankly, valid. But many of the concerns regarding cyclist behavior brought up by attendees at the meeting were actually legal behaviors. And after listening to Michelle, I actually felt that the attendees got it. And that’s why I ended up joining the committee and representing my neighborhood by the beach. I actually felt that a combination of education, awareness, as well as advocating for improved conditions for cyclists (and pedestrians) can help make Venice an even better place to live.

But as I mentioned before, there’s work to be done, especially regarding education. There is an overwhelming attitude by drivers in LA that the roads are built for drivers and drivers alone. And in fairness, until recently, the roads in LA *have* mostly been built with drivers in mind. This leads to the feeling that anyone who gets in a driver’s way is a problem.

This isn’t just conjecture on my part. Check out video from the GoPro mounted on my camera, which shows the impatience (and ignorance) of drivers who feel I’m in their way. This is all within close distance to where I live and ride daily.

Spoiler alert: I’m riding legally and the drivers are being dicks.

The scary part about this as a cyclist is that’s incredibly intimidating to have someone honking behind you.In some clips, you can hear how close the drivers are to my bike.  They’re angry, revving their engines, and giving me no room for error. If they were to come into contact with me…it’s obvious who lose.

Bottom line: drivers need to have a better understanding of the laws, as well as a lot more respect for cyclists lives.

3 Responses to “Stop it with the honking”