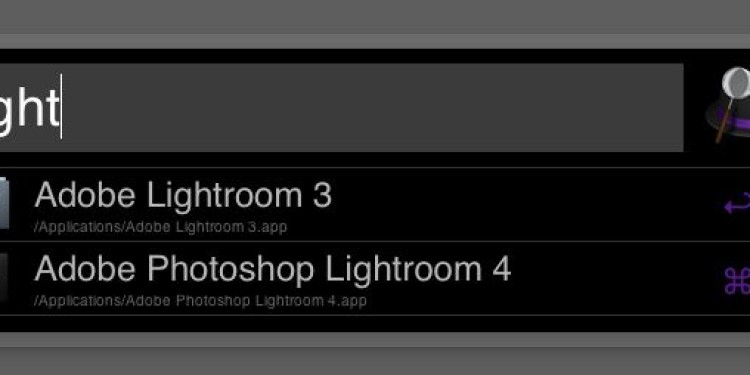 The next offering in the “Apps I Love” series is Alfred, a killer application launcher. If you’ve never used an application launcher before (Quicksilver was a previous standard), they are great for quickly navigating through your system. But the thing about Alfred is that is so much more. With the addition of the PowerPack, it has totally changed the way I get around on my Mac.

How does it work? After installing, you’ll have a little hat icon in the menu bar where you can access the various preferences for Alfred. The app, by default, will launch on login so that it is ready and waiting to work its magic. By pressing Command-SpaceBar (note this overrides the default Spotlight command), you’ll call up the default Alfred search entry. You can then type in what you want to search for. There are lots of things you can do with Alfred…

Launch Applications
In the following example, I wanted to launch Lightroom, so I pressed Command-SpaceBar and then typed “li” (could have actually just entered “l”, since Alfred will refine its results based upon your past behavior). Pressing return will launch Lightroom. I could have launched any of the other items by pressing the appropriate Command-Number combination shown.

It’s at the point where I hardly ever use the Dock to launch apps — it’s so much easier with shortcuts.

Play Music
Why would you want to use Alfred to play music? For me, it’s because the search functionality is much faster than itunes. The PowerPack has a built in mini-player which is easy to use. Just press Command-SpaceBar and type “it” Return to launch it.

Clipboard History
Alfred will remember your clipboard history. Admittedly this can be a bit of a security risk if you mac is open to everyone, but mine is on lockdown so it’s fine by me.

One Response to “Apps I Love: Alfred”